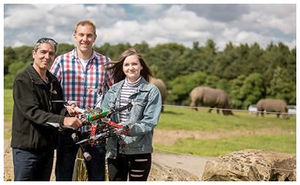 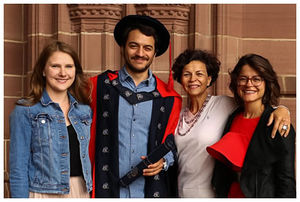 Dr Ivan Cabrera-Ziri from ARI who was awarded the Dean's Prize for Best PhD Thesis 2017. He is now working at Harvard College Observatory with a very prestigious "Hubble fellowship". 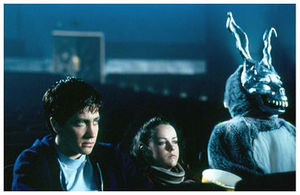 PhD student Ben Mummery was asked for for his views on Donnie Darko – in his capacity as a scientist.

The Institute offers higher degree programmes at PhD level for part-time or full-time students. The majority of students will follow a 3.5-year full-time route leading to the award of PhD. Studentships are generally funded by either the Science and Technology Facilities Council, or internally from our own research funds. We currently take in several new students every year. We highly encourage potential students to contact staff in their fields of interest for available PhD projects. Our PhD project list is here. Informal enquiries may be made to Professor Kobayashi or by post to the address below.

Application procedure: Applications can be made by filling in the <online application form> where an official transcript should be uploaded. Applicants must also arrange for two letters of reference to be emailed to Prof. Kobayashi. For full consideration, applications including reference letters should be submitted by the deadline, when the committee will begin reviewing applications. Applications received after the deadline may be considered at the discretion of the committee until the positions are filled. Successful applicants need to have gained a first class or upper second honours degree in an appropriate subject, e.g. physics, astronomy, mathematics. Non-UK EU students might be eligible for our PhD positions (please contact Prof Kobayashi for details). Currently we have no funds to support non-EU international students.

I did my bachelor and master degree in Bologna (Italy). My master thesis was about gas rotation in massive galaxy clusters. Currently, I am working with the cosmology - galaxy formation group in constraining cosmological parameters using simulated galaxy clusters from the BAHAMAS simulations. I am also part of the Liv.DAT, a joint project between University of Liverpool and Liverpool John Moores University in a cohort of PhD projects in physics field with interest, also, in big data science. Outside of my job I am interested in sports, music and technology. 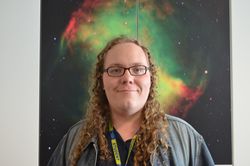 I did my undergrad in the joint astrophysics course between LJMU and UoL and stuck around here in Liverpool to do my PhD, now I work with Shiho Kobayashi to model binary stars around massive black holes producing hypervelocity stars. I use code I've developed to simulate orbits using a restricted 3 body problem to evolve the binary orbits. so far in my PhD I've been to Italy, Scotland, Wales and all over England for conferences and workshops. I am one of the PhD student reps on the ARI equality and diversity committee where I work to help improve diversity and representation within our department and within space science in general. Most of my free time is spent playing Dungeons and Dragons, and advocating of LGBT issues (My pronouns are She/Her). I am also making my own tabletop roleplaying game about pirates. 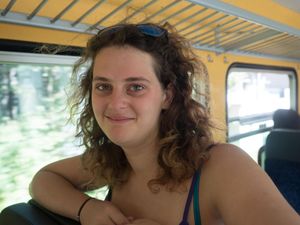 Following my undergrad in St Andrews and my Masters abroad (AstroMundus), I now find myself here in the lovely city of Liverpool. For my PhD I am working on observations of stellar clusters (from star forming H II regions to globular clusters) to learn about their kinematics, and I then compare the results to simulations.

I am often guilty of doing too much, I was on the local organising committee for EWASS (the largest European astronomy and space science conference) and one of my biggest passions is outreach. For more than 8 years I have been involved with the International Astronomical Youth Camp (IAYC), helping to organise the camps as well as being on the board. I recently carried out a large-scale survey and presented the results at the Communicating Astronomy with the Public conference in Japan (with the support of the RAS and IOP).

If I'm not spending all of my free time doing outreach then you can often find me travelling or trying to explore of all the exciting and interesting things that Liverpool has to offer (endless exhibitions, festivals, concerts, gigs, plays, ...). I also love spending time in nature and enjoy all the parks, beaches and woodland that surrounds the city. 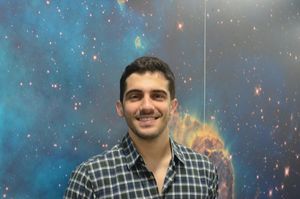 My research focuses on Galactic archeology, meaning the past and evolution of the Milky Way. In particular, I am really interested on the morphology, structure, and stellar populations of thick disks of galaxies, and how they are influenced by the galaxy's formation history. Therefore, my project consists on using numerical simulations to explore the connection between the formation history of a galaxy and the structure of its thick disk (in particular, the potential existence of a radial age gradient). Then, I will use Gaia data combined with information from spectroscopic surveys like APOGEE-2 and WEAVE to map the age structure and kinematics of the Milky Way’s thick disk. This should lead to a new understanding of the mechanisms driving the formation of thick disks, and to a better characterisation of the Milky Way’s history. As for when I am not doing Astrophysics, I quite like playing music and go social dancing. 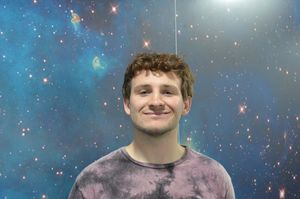 Hailing from Leeds, West Yorkshire, I did my undergraduate degree at Durham University. I work with Rob Crain and Ian McCarthy to use hydrodynamical simulations to assess the systematics that will influence radio weak lensing surveys. The code I have written measures the shapes and orientations of the gas, stars and dark matter of the galaxies that populate the EAGLE simulation. I am part of the LIVDAT initiative between Liverpool John Moores University and the University of Liverpool, aimed at teaching particle physicists and astronomers methods in handling and analysing big data. In my free time, I enjoy taking part in sports (rugby and bouldering are my current favourites) and exploring Snowdonia. I am slowly reading my way through the contents of an increasingly encumbered bookshelf, and honing my bread baking skills, learning by attempting (read: failing) to reproduce each of Paul Hollywood’s 100 Great Breads.

I did my undergraduate degree through the joint Astrophysics degree between the University of Liverpool and Liverpool John Moores University. I am now doing a PhD at the ARI at LJMU with Marie Martig and Nate Bastian, using the globular clusters as tracers for galaxy formation. I work closely with Dr Joel Pfeffer using the E-MOSAICS simulations to relate the properties of globular clusters to their parent galaxy properties and compare this with observables to see what we can infer about the build up of local group galaxies. I spend my weekends walking in various places around the UK. 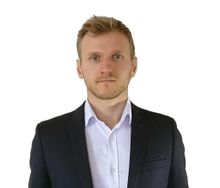 My work is focused on the area of galaxy evolution and, specifically, the role of environment. Galaxies are observed to shut down their star formation (a process called quenching) quicker in dense regions of the universe (groups, clusters) compared to their counterparts in the 'field'. Despite extensive effort, the exact processes responsible for this effect are still not known. I am implementing statistical methods in order to take advantage of recent large-area surveys of galaxies, hot gas, and dark matter in order to overcome the observational limitations and determine the dominant galaxy quenching processes. I spend a lot of my time making all-sky maps of galaxy properties, computing statistics which quantify the similarity between maps, and relating them to the underlying physics through cosmological simulations. Like this project, my interests extend from galaxy formation and evolution to broader areas of cosmology.

I am studying theoretical modelling of stellar interiors by implementing new chemical transport processes into a computational stellar model (BaSTI), for different types of stars, and analysing the effects of these processes on current theoretical predictions, such as stellar ages/lifetimes and metallicities, and observable properties, such as atmospheric composition.

I am originally from Rome, Italy, where I did my undergrad and master’s degrees in Astronomy and Astrophysics at “Università La Sapienza”. My PhD at LJMU is focussed on two major problems in our understanding of globular clusters. The first is the origin of their distinctive chemical patterns between stars, i.e. “multiple populations”. The second is how they relate to the young massive clusters observed in nearby starburst galaxies. During my PhD, I have presented my work in a number of international conferences and I also travelled to the ESO Paranal Observatory as a visitor observer. Among my hobbies, I have a great passion for travelling and photography and I also like to spend some time learning new languages.

I'm currently studing for my PhD as part of the Liverpool Big Data Science (LIVDAT) Centre for Doctoral Training (CDT), based at Liverpool John Moores University, in conjuction with the University of Liverpool. My research is focused on using large-scale cosmological simulations of the universe (EAGLE) and will focus on implementing self-consistent annihilation simulations of dark matter. 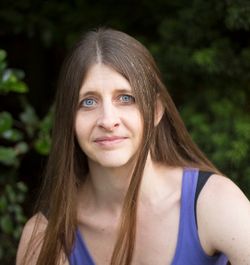 I was born in the US in 1968 and moved to the UK in 1995 as an Irish citizen. I’m a former English teacher and for many years made a living as a novelist. Over time, writing for money wasn’t working out, so in 2011 I started studying physics and maths with the Open University, which led to a BSc and then an MSc in Astrophysics with the ARI's first cohort of part-time distance learning students. I’m now a member of LIV.DAT, a joint program between LJMU and UoL to train the next generation of data scientists. My PhD is with Iain Steele. The aim is to characterise active galactic nuclei (AGN) by their optical variability over time in large-scale surveys like the upcoming Large Synoptic Survey Telescope (LSST). I plan to use Liverpool Telescope photometry to develop a machine learning algorithm to explore relationships between emissions variability and parameters such as mass, luminosity, and merger history. I’m also doing a little work on Boyajian’s star, also known as ‘The WTF Star’ (where’s the flux?) to try to understand its mysterious long-term dimming. I have three kids in school/college in Shropshire, so I commute to Liverpool. Therefore most of my spare time is spent sleeping! I enjoy running ineptly, and I have a not-so-inept background in full-contact martial arts, but nowadays to save my ancient joints I try to avoid hitting things unless I’m really mad. 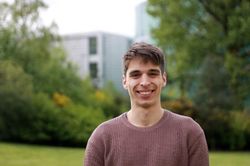 I did my undergraduate degree in Astrophysics here in Liverpool and stayed on for my PhD. My team and I use unsupervised clustering algorithms to explore galaxy feature data. We have applied the k-means algorithm to a sample of ~7000 galaxies from the GAMA survey. Our approach to clustering enables us to identify stable, meaningful structure in the data we use to describe the galaxies. We represent the galaxies using five features that tell us about the way the galaxies have formed and are evolving. Interpretation of the clustering structure reveals new perspectives on the established bimodality of galaxies and confirms recent ideas about the role of environment in galaxy evolution. Besides my research, I mostly enjoy sport. I like to swim, cycle, run, and play racket sports, especially squash. I am the current president of the LJMU Squash Club.